In a recent Facebook ad I created, concerning my new novel on Kindle Scout, I pulled out this old picture. 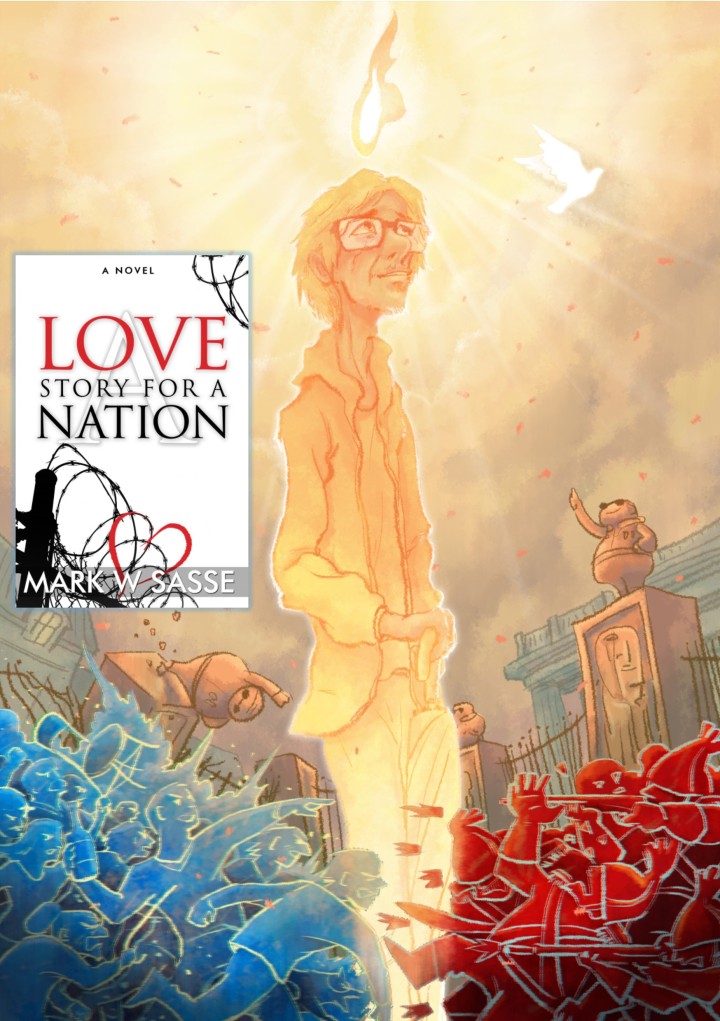 This awesome drawing is the creation of Woon Bin Chang, an artist who saw a production of my play, “Almighty Might” in 2013 in Kuala Lumpur.  Woon-Bin was so moved by the piece that he drew this amazing piece of art which perfectly captures the mood and scenes of the mini-play. It was also this photo and that 2013 production which made me re-think this simple story about a man, standing in front of the presidential palace, waiting for the revolution to come. Eventually, I decided to give the story a full novel treatment. I changed the name to “Jonny who stood on the world” and then eventually changed it again to “A Love Story for a Nation.” Originally, Woon-Bin’s artwork was meant to be part of the cover design, but in the end I decided  to go with a more minimalistic look as you see above. But with Facebook’s limitations concerning the amount of text allowed in ad photos, it was the perfect time to bring out Woon-Bin’s artwork once again. It matches the tagline well: The revolution begins with an innocent smile. This novel is now on Kindle Scout, as it vies for a publishing contract with Kindle Press. If you haven’t done so already, please head over to its Kindle Scout page, read an excerpt, check out the synopsis, and, if it looks good, nominate it. It means a lot to me. The Kindle Scout campaign runs through May 15. Thanks for your support! You can nominate this novel for a publishing contract on Kindle Scout: HERE!

2 thoughts on “About that artwork…”