Independence day is one of America’s most celebrated and enjoyable days. From picnics to fire works to family fame, it’s hard to beat for summer fun. Here are a few fun facts which you may not have known about July 4.

Then what happened on July 4? The text of the declaration was finally approved by Congress that day.  It wasn’t actually signed until August 2, 1776.

Two of our founding father’s died exactly 50 years to the day of our first independence day – that being July 4, 1826. Do you know who they were? Thomas Jefferson and John Adams. I don’t know who planned that, but that’s pretty cool.

On September 2, 1945, when Ho Chi Minh read Vietnam’s Declaration of Independence from the French, he quoted Jefferson’s America’s declaration “all men are created equal endowed by their creator with certain unalienable rights …” as a means of pleasing a group of American observers who were in the crowd that day in Hanoi. As a strange note in history, an American reconnaissance plane was flying over Hanoi during the declaration and swooped down to take a closer look at what was happening. Many in the crowd saw the American plane and cheered, taking it as a show of support for their independence. But no, it was just a coincidence, and after another week, American ships were ferrying French soldiers back into Indochina so they could retake their pre-WWII possessions. But that’s a story of independence for another day.

Thomas Jefferson did not write every single word of the declaration. Certain parts were slightly edited by other founders who wanted to tweak it this way or that. An example of this is the phrase “endowed by their Creator,” a phrase not in the original text but added anyways much to the chagrin of Jefferson.

The Statue of Liberty was gifted to the United States by France in 1876 to commemorate the 100th anniversary of our independence.

Have you read the declaration lately? You should. It’s a clear indication of what our Founding Father’s thought our new country should be all about.

Enjoy the freedom and independence we enjoy because these brave men and many other brave men and women through the years who fought to preserve it. I’ll leave you with one of my favorite Reagan quotes:

“Freedom is never more than one generation away from extinction. We didn’t pass it to our children in the bloodstream. It must be fought for, protected, and handed on for them to do the same.” 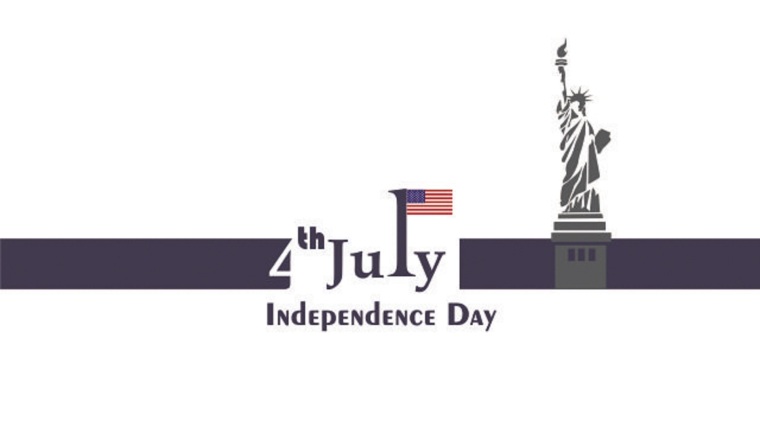